“We’re definitely a better team with Melvin, but he’s not here right now. My focus is on the guys that are here. I have to get these guys ready to play this team because this is a very talented team coming here on Sunday. I don’t want any distractions.” 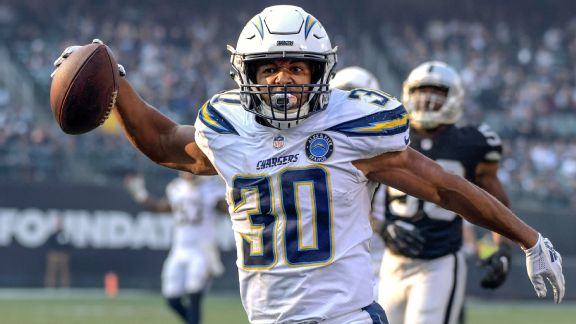 With Gordon’s contract holdout that began at the start of training camp now extending into the regular season, the Chargers will rely on Austin Ekeler and Justin Jackson in the running game.

Gordon could report by 4 p.m. Saturday and be activated from the reserve/did not report list to the active roster in time to receive his Week 1 game check. However, Gordon would not play against the Colts because he has not practiced in pads and would be an injury concern.

That said, let’s take a look at how the Chargers and Gordon arrived here.

What are the chances Gordon plays for the Chargers this season?

Pretty good. He’s scheduled to make $5.605 million in the final season of his rookie deal. Chargers general manager Tom Telesco announced the team postponed negotiations with Gordon until the season is over. If Gordon chooses to report, he will play under his current contract.

Gordon desires a contract extension with compensation comparable to the top running backs in the league — like Todd Gurley, David Johnson and Le’Veon Bell — who earn an average of $13 million to $14 million annually.

Clay: My draft board | 13 breakouts

The Chargers have offered Gordon a contract that doubles his salary at roughly $10 million annually — so far that hasn’t been enough to get Gordon to report.

Gordon likely will sit and wait to see if his leverage in negotiations changes during the season, depending on the Chargers’ record or injuries at his position.

If all that fails, the NFL’s constitution and bylaws state that players on the reserve/did not report list are “prohibited from being reinstated in the last 30 days of the regular season.”

If Gordon wants to play this year, he would have to report no later than Nov. 29 (31 days before the end of the regular season).

Gordon also needs to report by then to earn credit for this season so he can become an unrestricted free agent in 2020. However, the Chargers can still place the franchise tag on Gordon next season and could control his rights for the next two years.

Who are the teams willing to trade for Gordon?

The Chargers gave Gordon’s representation permission to seek a trade. According to ESPN Insider Josina Anderson, an unidentified team made an initial inquiry with the Chargers to see how much draft capital they would seek in a trade, and the Bolts responding with a first-round selection plus more.

Albert Breer of The MMQB reported that team was the Philadelphia Eagles. That draft capital plus a contract extension that would pay Gordon among the top running backs in the NFL would be a steep price to pay.

The Houston Texans, San Francisco 49ers and Green Bay Packers also could use help at running back, but the Chargers appear content to wait Gordon out and use him down the stretch for a potential playoff run.

Will the Chargers miss Gordon’s production?

The Chargers finished 4-0 without Gordon last year. However, the Bolts were more effective running the ball with Gordon available than without him. 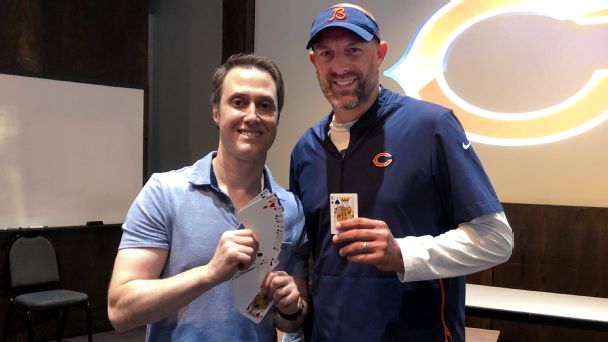 According to ESPN Stats & Information research, the Chargers averaged 128 rushing yards a contest with Gordon last season and 84 yards a game without him.

With Gordon out, the Chargers likely will lean on quarterback Philip Rivers and a talented group of pass-catchers, including Keenan Allen, Mike Williams, Hunter Henry and Travis Benjamin.

The Bolts will also need a talented defense to take the ball away more, limiting the possessions of their opponents on game day.

“I don’t know any other way to say it other than when it gets to this point right here, it’s all eyes on Indy,” Rivers said. “Our guys finding a way to go win one game and then doing that week-by-week.

“Whether you’re dealing with an injury or something like this, when it gets to this [point of the year], it’s who do we have that will be suited up and how do we find a way. I think that’s the only way to go about it.”

5 Surprising Ways Great Content & PPC Can Help Each Other

Gadget Lab Podcast: How Uber Went Down in Flames

RT @youthsnews: Amazon launches food delivery service in India to rival Zomato and Swiggy: After many speculations and rumors, Amazon has f…
2 days ago

Hey @NordinAbdullah, Thank you for the follow!
2 days ago

Amazon launches food delivery service in India to rival Zomato and Swiggy: After many speculations and rumors, Amaz… https://t.co/0sjFYLAEoL
3 days ago

Hey @jajangsuripit1, Thank you for the follow!
3 days ago